Mufti Abdul Qavi is in hot water yet again for his recent comments about endorsing transgender marriage in Pakistan. He has attracted legal trouble for his remarks.

Details behind the comments

Mufti Qavi appeared on a private media channel and allegedly made some claims, even though his family of religious leaders barred him from making public appearances. Following the appearance, a news outlet alleged that in a recent conversation, Mufti Qavi said:

Transgender people can get married. They can tie the knot like anyone else if they claim to have either male or female abilities.

Many Pakistanis were enraged after listening to the alleged statement, and someone even filed a petition against the Muslim cleric.

Who filed the petition?

Mufti Qavi’s statement did not sit well with lawyer Hafiz Mushtaq Ahmed Naeemi. He filed an application against the Muslim cleric in a session court to register a case against him for his statement. The appellant argued:

The objective of marriage is child-rearing, according to ‘nature and Islam’. Therefore, trans people cannot be permitted to marry.

Mufti Qavi’s statement is unnatural and will lead people to commit sins and spread vulgarity in society. Transgender people do not have the ability to reproduce. I request the court to register a case against the cleric.

The court has sought a reply from the police in this regard till the 14th of April.

Following the legal action, Mufti Qavi spoke to a media outlet and said:

Whatever I have said is also mentioned in the Holy Quran. I am willing to apologize if I said something wrong.

It is pertinent to mention that, on the request of the Chairman of Tanzim Ittehade Ummat Pakistan Muhammad Ziaul Haq Naqshbandi, Mufti Muhammad Imran Hanfi Qadri issued a fatwa on transgender marriage. He said:

Transgender people can marry. The condition is that they follow some semblance of a binary gender system.

Elaborating the statement further, he said:

A transman can marry a transwoman and vice versa, but intersex person – people born with physical sex characteristics that do not fit typical binary notions of male or female bodies – cannot marry at all according to Islam. 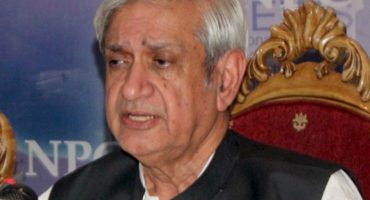 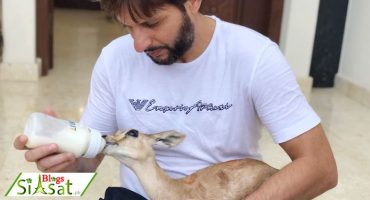