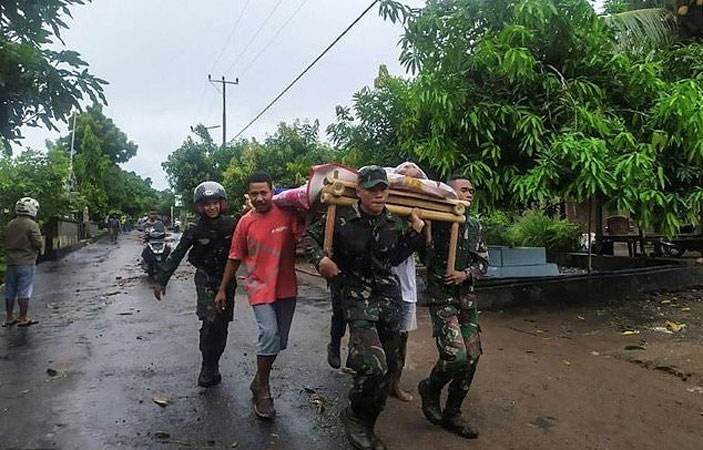 Rescuers were searching for dozens of people still missing Tuesday after floods and landslides swept away villages in Indonesia and East Timor, killing at least 120 people and leaving thousands more homeless.

Indonesia’s disaster management agency said it had recorded 86 deaths in a cluster of remote islands near East Timor, where another 34 have been officially listed as dead since the disaster struck on Sunday.

Authorities revised down a higher death toll for Indonesia, citing miscommunication with local agencies. But search and rescue teams there were racing to find more than 100 people still missing and using diggers to clear mountains of debris. The storm swept buildings in some villages down a mountainside and to the shore of the ocean on Lembata island, where some small communities have been wiped off the map. “This area will never be inhabited again,” said Lembata district official Eliyaser Yentji Sunur, referring to a flattened part of Waimatan village.

“We won’t let people live here. Like it or not, they’ll have to relocate.” Waimatan resident Onesimus Sili said floods early Sunday destroyed his community before anyone knew what was happening. “Around midnight, we heard a very loud rumbling sound and we thought it was a nearby volcano erupting,” he told AFP. “By the time we realised that it was a flash flood, the houses were already gone.”

Authorities in both nations were scrambling to shelter evacuees while trying to prevent any spread of Covid-19. On Tuesday, East Timor recorded its first virus death — a 44-year-old woman — since the pandemic broke out last year. The tiny half-island nation of 1.3 million sandwiched between Indonesia and Australia, officially known as Timor-Leste, quickly shut down its borders to avoid a widespread outbreak that threatened to overwhelm its creaky health care system.