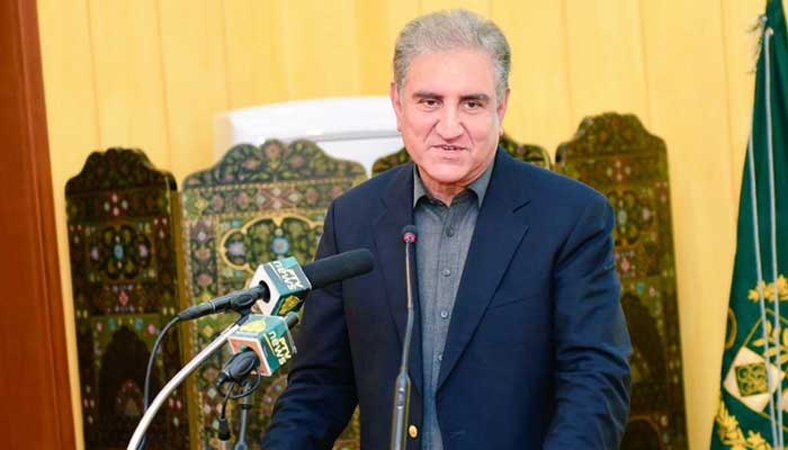 Pakistan on Wednesday lambasted India for refusing to allow five foreign journalists to travel to Azad Jammu and Kashmir in order to cover an assembly session.

Daily Times broke the story on Wednesday regarding refusal by Indian authorities to allow foreign journalists to enter Pakistan through Wagha border late Tuesday. According to diplomatic sources, the foreign journalists representing various international news wire services, electronic media and newspapers, whose Asia bureaus are based in India, were scheduled to attend an AJK Legislative Assembly session on August 5 and also interview Prime Minister Imran Khan and other important persons during their stay in Pakistan.

The sources said that the six foreign journalists whose respected headquarters had arranged high profile interviews in Pakistan were not Indian nationals but still the Indian authorities stopped them from crossing into Pakistan via Wagha. “This reflects the RSS mindset of the Modi government which continues its hostile policies against Pakistan, including efforts to isolate Pakistan and check every kind of exposure that Pakistan can get in the international media,” the sources said.

The sources maintained that at this critical time when there is unrest in Afghanistan, especially in the aftermath of US pullout of its forces, and Modi losing its ground in Afghanistan from where India was sponsoring terrorism in Pakistan and generating proxy wars to malign Pakistan internationally, the stopping of foreign journalists to enter Pakistan reflects Indian fear of getting exposed before the international comity. “India is afraid of the fact that since Pakistan remains the key player and stakeholder about whatever is happening in Afghanistan might unearth the evil designs of the Indian RAW and its nexus with other anti-Pakistan intelligence agencies to create disturbances not only in Pakistan but also in Afghanistan,” the sources said, adding this could be the only reason for not letting the foreign journalists to cross Wagha border into Pakistan.

On Wednesday, Foreign Minister Shah Mahmood Qureshi pointed out how the Indian government’s decision was indicative that the incumbent dictatorial regime in India was shrinking space for independent journalism. “The denial of permission by India to 5 international journalists to travel to Pakistan, in which a visit to the Azad Kashmir Assembly was scheduled, is another damning indication of shrinking space for free speech and independent journalism under a dictatorial regime,” he tweeted.

Information Minister Fawad Chaudhry also slammed New Delhi for refusing permission to the international journalists to visit Azad Kashmir. “India has refused to allow five foreign journalists permission to visit Pak, they were supposed to attend 5th August session of Azad Kashmir Assembly, so much of #FreedomofExpression we want India to allow independent Journalists to visit IOK and let them report facts,” he tweeted.

Federal Minister for Planning, Development and Special Initiatives Asad Umar said that while Pakistan had nothing to hide from the world in Azad Kashmir, India, on the other hand, wanted exactly that. “The difference is simple @fawadchaudhry. We want the world to see what is happening in azad kashmir and they want to hide what is happening in indian occupied kashmir. The difference between right and wrong cannot get more stark than this,” he wrote.

Federal Minister for Human Rights Shireen Mazari wondered whether the foreign journalists will expose the Modi regime for its attempt to gag independent media. “Why did we expect otherwise from the fascist Modi regime? Question is whether these foreign journos will now report on this refusal and expose the growing myth of Indian democracy under fascist Modi?” she asked.

National Security Adviser Moeed Yusuf also condemned India, saying, “these are actions of an insecure government that has much to hide and doesn’t want the world to see the reality of AJK”.