The Zimbabwean team reached Islamabad Airport via Dubai from where the players and staff of the visiting team were taken to the hotel under tight security. 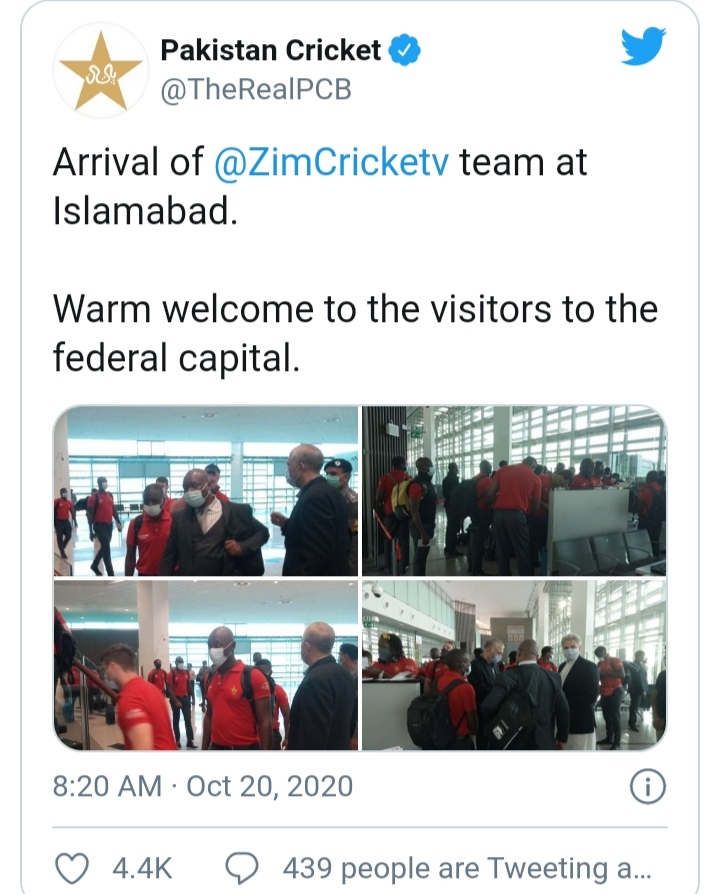 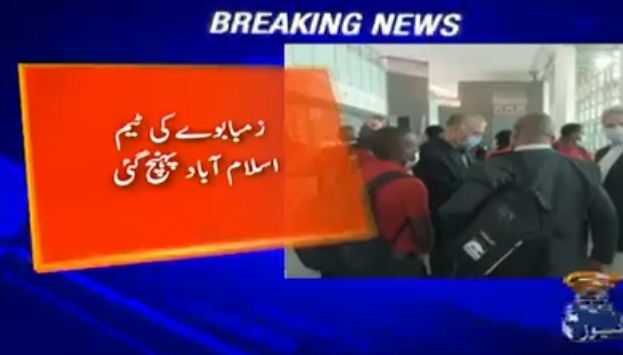 Three T 20 matches and 3 one day matches will be played between Pakistan and Zimbabwe.

The first ODI will be played on October 30 in Rawalpindi, the second on November 1 and the last ODI on November 3.