PM Imran khan said that during Corona their government is competing with a political leadership that has never been part of the democratic struggle.

The Prime Minister of Pakistan Imran Khan has said that during the Corona virus, our competition is with a political leadership which has never been a part of any democratic struggle.

Prime Minister Imran Khan has lashed out at the opposition for holding rallies during the Corona pandemic and criticized the opposition on the social networking site Twitter.

The Prime Minister said that during the Corona virus, we are competing with a political leadership that has never been a part of any democratic struggle, nor did it understand the difficulties faced by the common people nor did it work for their betterment.

Imran Khan said that by holding these rallies, they want to get NRO which can never be donr. He said that the opposition is threat to the wealth of the people.

The Prime Minister added in a tweet that when we launched a smart lockdown to save the poor from deprivation and to stop Pakistani economy from declining , these leaders protested then and demanded a complete lockdown and now that we are back in this new wave, when smart lockdown is needed, they want to hold meetings without caring about people’s lives. 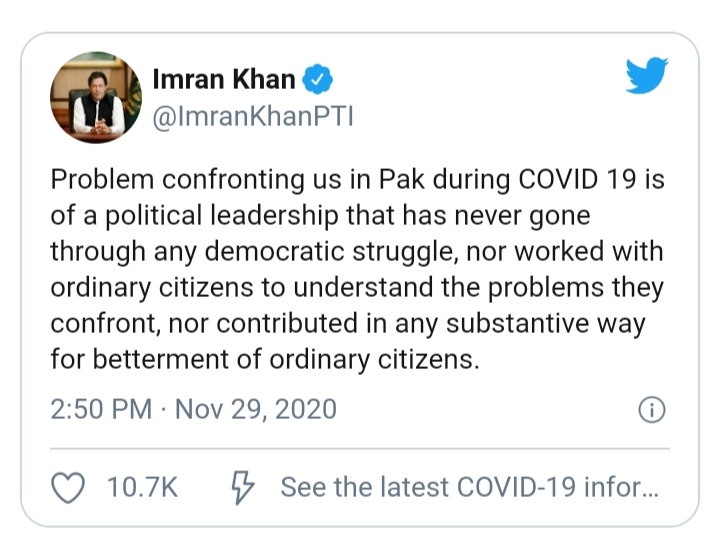 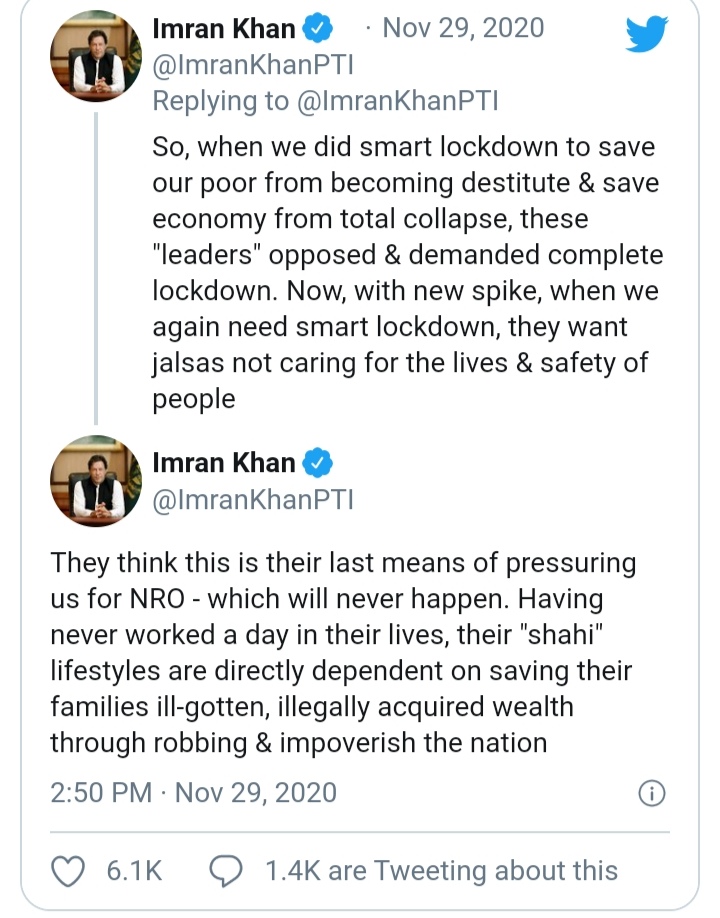