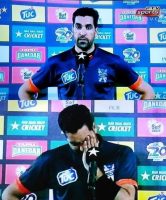 According to details, the 20-year career of national cricketer Umar Gul came to an end as soon as his trip to Balochistan was completed in the National T20. Umar Gul announced his retirement from cricket.

“It is an honor for me to play for Pakistan. Thanks to the PCB, it supported me all the time and my family supported me a lot throughout my career,” Omar Gul told in a press conference.

National cricketer Umar Gul said, “Thank God I have achieved a lot in my career.”

It is to be noted that Umar Gul took 163 wickets in Test matches during his 20-year career while he took 179 wickets in ODIs and took 85 wickets in T20 matches.