Pakistan Peoples Party Chairman Bilawal Bhutto Zardari has said that the puppet Prime Minister has ruined the lives of the people, now it is time for him to leave.

Addressing a press conference in Lala Musa, Bilawal Bhutto said that the mandate of the people, the power of the people must be accepted. Even today undemocratic efforts are going on, democracy has not been allowed to function for 70 years. 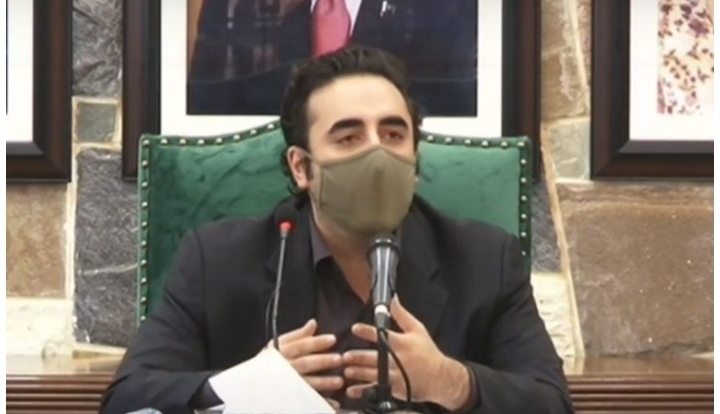 “Our workers are being harassed, containers have been placed in our way,” he said. I am leading the caravan myself. Today, true democratic representatives are gathered. Today in Gujranwala, the people’s huge gathering will be the answer itself to the government.

He said that Prime Minister Imran Khan had come up with the excuse of ​​Corona today. The Prime Minister used to say that if we want to hold a meeting, we will give containers, but today he has closed our way with containers.

Chairman PPP Bilawal said that if the Gilgit-Baltistan Legislative Assembly elections were rigged, it would be a major security loss. In our Gilgit-Baltistan, candidates are being declared ineligible for elections. If rigged, they will come to Islamabad on the second day of elections to protest.

Bilawal said that it was time for the puppet Prime Minister to leave who has ruined the lives of the people . The mandate of the people, the power of the people must be fulfilled. Even today undemocratic efforts are going on, democracy has not been allowed to function for 70 years.