Terrorists attacked security forces in the city of Turbat, martyring a young officer and injuring three others.

Terrorists opened fire on security forces in the Balochistan city of Turbat, according to a statement issued by the Pakistan Army Public Relations (ISPR). 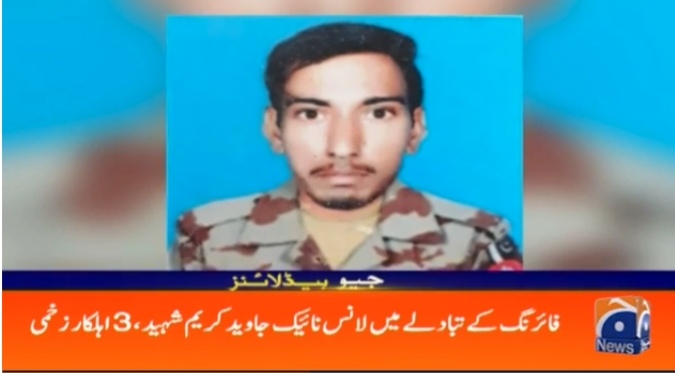 Terrorist attack on Pak army in Balochistan, 6 personnel including an officer martyred.

According to ISPR, Lance Naik Javed Karim was martyred and three security personnel were injured in the exchange of fire.

Security forces cordoned off the area after the attack and the search for terrorists continues.

According to ISPR, the incident took place in Turbat