According to details, the historic Hagia Sophia Mosque in Istanbul was opened for worshipers after 86 years. Thousands of people offered Friday prayers and President Recep Tayyip Erdogan attended the Friday prayers.

On this occasion, soulful scenes were seen in the mosque and people also performed Nawafil. The entire Turkish cabinet, including important Turkish political figures, was present in the Sofia Mosque along with the Turkish President.

Turkish President Recep Tayyip Erdogan recited the Qur’an at the Hagia Sophia Mosque. Muslims came from Istanbul to perform the prayers, while the worshipers arrived at the front rows at dawn. Strict security arrangements were made throughout the city, including the mosque.

The Turkish government has appointed imams and muezzins for the five daily prayers. There is a beautiful lawn in front of Sofia, then there is its main door, on both sides of the door are placed the stones where the guards used to stand. Inside is a large hall that is square. 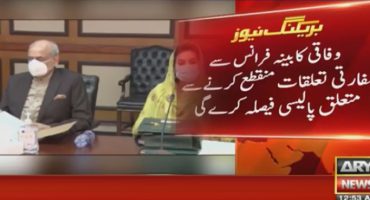