Opposition leader Shehbaz Sharif has announced that he will fight his case in court.

PML-N President and Leader of the Opposition Shehbaz Sharif was arrested by the National Accountability Bureau (NAB) yesterday in a case of laundering assets and money laundering after the interim bail was released from the Lahore High Court.

NAB officials had transferred Shehbaz Sharif to Thokar Niaz Baig’s office from where the NAB team took the opposition leader to the accountability court under tight security.

The NAB team brought Shehbaz Sharif before the court where Judge Jawad Al Hassan is hearing the NAB reference. 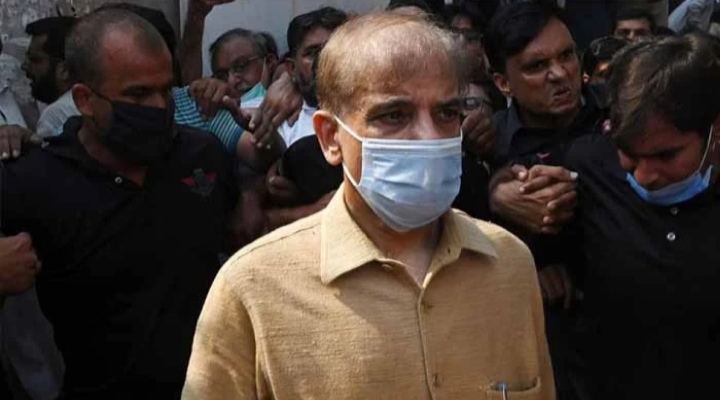 In an informal conversation with the media on the occasion of his appearance in the court, Shehbaz Sharif said that NAB-Niazi nexus has failed, we will fight it.

‘I will fight my own case’
Giving arguments in the court, Shahbaz Sharif said that he would fight his own case.

He said that when his father died they were abroad, the property of their father was divided between all four of them ( the siblings, 3 brothers and 1 sister) and he later on had transferred his property to his children. He said that because he was an office bearer which caused loss to his family businesses. He further said that he never did any loss of the farmers neither did he overspent the government’s money. He said that he knows the government assets belong to the poor community.