Following a brilliant bowling display in the second test match against West Indies, Shaheen Shah Afridi has stormed his way into the top-ten of the ICC MRF Tyres Test Bowling ranking. Its the first time that the left arm fast bowler has entered the ICC top-ten bowling ranking.

Shaheen Afridi jumped ten places to achieve his career best ICC ranking. The 21-year-old is the only Pakistani bowler in the top ten ranking with 783 rating points.

Afridi’s career-best match figures of 10/94 in the second match helped his team level the two match test series. He picked up a total of 18 wickets in the test series against the Caribbeans.

Pakistan win by 109 runs and level the series 👏

The deadly right-arm fast bowler took a wicket every four overs, at an average of just 11.27. He sent seven West Indian players back to the pavilion twice in the series . Afridi was named the Player of The Series as well as taking the Player of The Match award home in the second test.

The Landi Kotal born fast bowler has been performing extraordinarily well ever since his debut. He has so far taken 76 wickets in 19 matches at an average of 25.25. Furthermore, his stats in the other formats of the game are as impressive as his test career.

He is only the second left-arm fast bowler from Pakistan to take 10 wickets in a Test. The other Pakistan left-arm quick to do so was Wasim Akram.

Moreover, his 18 wickets are also the highest by a Pakistan fast bowler in a two-match Test series.

Skipper Babar Azam, as always, was brilliant with the bat finishing the series as the top run scorer. He scored 193 runs at an average of 48.25.

Left handed batsman Fawad Alam also continued his great run with the bat as he scored an unbeaten 124* in the first innings of the second Test. Alam soared up 34 places to 21st spot – his highest career ranking.

What are your views on this? Share in the comments bar below. 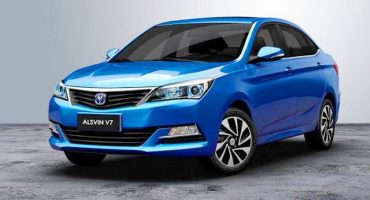