Samsung made fun of Apple on news ad campaign.

A few days ago, the American technology company Apple launched the lineup of its iPhone 12 and the chargers and airpods were not available with all four of Apple’s new phones.

After the launch of the iPhone 12, there was a new discussion started on social media that it is strange not to have charger and airpods with the already expensive phone.

Now the well-known Korean technology company Samsung has also made fun of Apple in promoting its new phone on social media.

“We don’t sell things separately, we sell both chargers and headphones with a box at no extra cost,” Samsung wrote in a post on social media promoting its new phone. 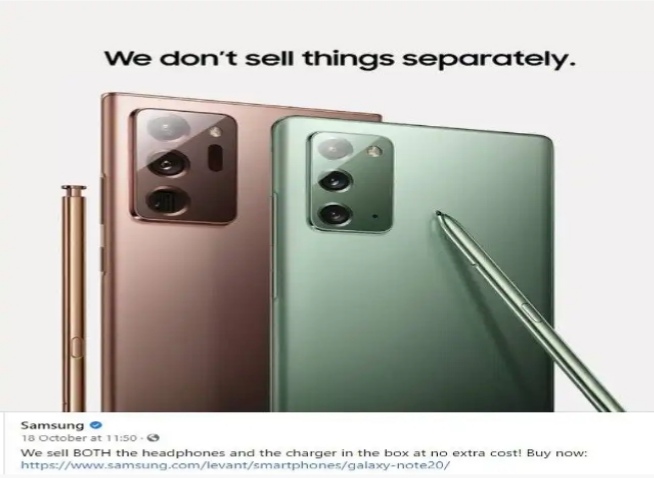 Looking at the promotional post of the Korean company Samsung, it is clear that samsung is making fun of Apple on not giving airpods and charger along with such an expensive phone.