Prime Minister Imran Khan has rejected the proposal to revive departmental cricket, saying that when the system changes, results do not come overnight, the real talent will come from the new domestic structure.

In Islamabad, former and current captains of the national cricket team met the Prime Minister and discussed the new structure of domestic cricket.

According to sources, the Prime Minister rejected the proposal to revive departmental cricket, saying that regional cricket is the best domestic structure, assessing the difficulties arising from the demise of the old domestic system.

The Prime Minister said that if cricket is to be fixed, then regional cricket is the only solution. When the system changes, results do not come at once. Real talent will come to the fore with the new domestic structure.

Later, addressing the signing ceremony of the agreement between the PCB and Pakistan Television, the Prime Minister said that Misbah-ul-Haq, Muhammad Hafeez and Azhar Ali had been persuaded with great difficulty that the new system will bring changes.

The Prime Minister said that cricket talent exists in Pakistan but the system for polishing it is not good. He wished that Pakistan’s talent would be best seen in the next World Cup.

It may be recalled that Prime Minister Imran Khan has been against the departmental system and before the election he had announced the introduction of Australian style regional domestic cricket system.

On August 9 last year, the federal cabinet approved the new constitution of the PCB, after which the departmental system was abolished and instead of departments, provincial teams are now part of domestic cricket. 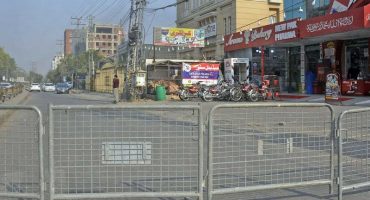