Prime Minister Imran Khan has announced that he will bring electronic voting to Pakistan.

Commenting on the election process, Prime Minister Imran Khan said that the ministers and the committee have worked on electoral reforms. Modern technology will be used in the next election. No government in power can bring such reforms.

Prime Minister Imran Khan said that overseas Pakistanis should also be included in the electoral process. Everyone says money is spent in Senate elections, the next Senate elections will be held through the “show of hand” .

He said that he was grateful to the people for casting their votes in the GB elections. Gilgit-Baltistan has to be given interim provincial status .

He further said that Gilgit Baltistan’s ladies have come forward to vote in such tough weather conditions which is commendable hence, we will fullfil our promise to make Gilgit Baltistan an Interim province . 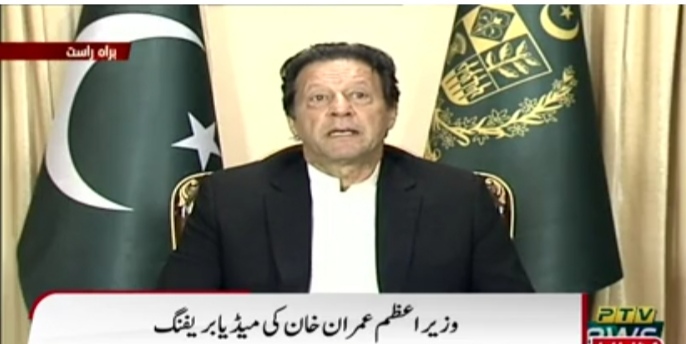