Federal Minister for Railways Sheikh Rasheed Ahmed has said that Pakistan Democratic Movement (PDM) does not have the power to overthrow the government.

During the media briefing, he said that Maryam Nawaz’s statement is a proof that there is no strength in opposition, Nawaz Sharif knows that his politics is over.

Sheikh Rasheed said that Maryam Nawaz has denied the politics of Nawaz Sharif, PML-N wants to have two flavors in one ticket, Nawaz Sharif is a product of Gate No. 4, Nawaz Sharif has buried his politics, PDMK Not everyone agrees with Nawaz Sharif’s statement.

He said that under what law is Maryam Nawaz speaking all these things? Maryam Nawaz has used PDM’s umbrella to speak.

The Federal Minister for Railways said that the DG ISPR and the Foreign Minister held a press conference today.

He said ” I am already saying that India wants to weaken Pakistan internally but nothing can harm Pakistan on the borders”.

Sheikh Rasheed Ahmed said that there could be terrorist activities in Pakistan by India, the Pakistan Army responds according to what it will do. 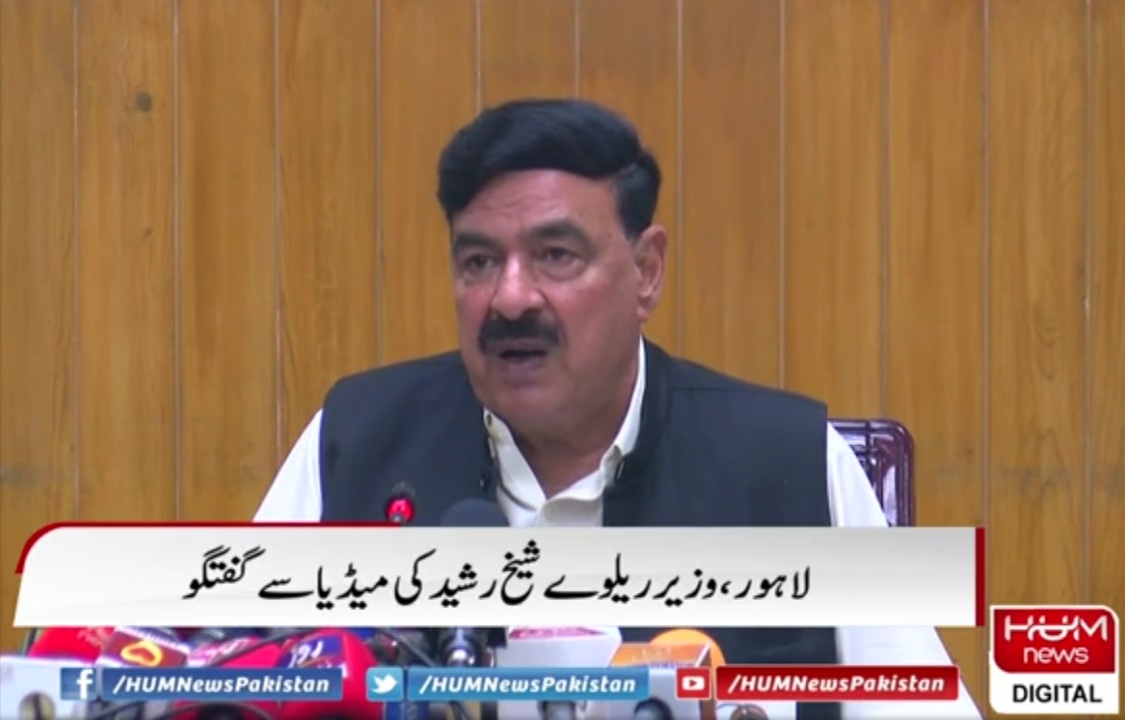