Railway Minister Sheikh Rasheed has said that the bells of war has rung , tye war is now officially started with PML N and the same will happen to Nawaz Sharif as it has happened to Altaf Hussain.

Addressing a press conference in Lahore, Sheikh Rasheed said that when he mentioned the details about hidden two meetings, he had to go through many problems and if he will mention two more meetings, a storm would come.

Sheikh Rasheed said that he could not hear Nawaz Sharif’s speech in the previous day’s meeting and fell asleep. It takes 6 months to recover after Corona. He said he is Nowadays feeling un well. 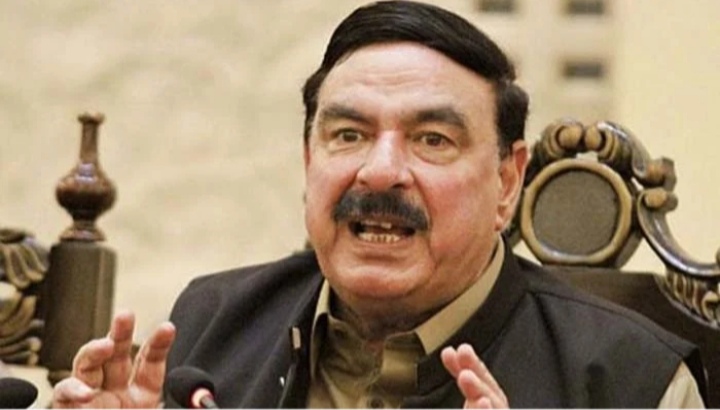 Sheikh Rashid added that Nawaz Sharif doesn’t even know that he has fallen prey to the International agenda and now ruining his political career . His end has come which is quite similar to Altaf Hussain. He said Nawaz Sharif had problem with each and every Army chief in past.