ISLAMABAD: Federal Minister for Railways Sheikh Rasheed Ahmad has said that Nawaz Sharif’s statement is totally against the army and he buried his politics by clashing with the institutions.

Addressing a press conference in Islamabad, Sheikh Rashid said that Karachi Circular Railway is going to be functional tomorrow. Circular Railway will be run from Pipri to City Railway Station through which better facility will be provided from Orange Line.

He said that 43 km track has been constructed in 8 months and modern urban transport will be run.

Talking about the politics of the country, Sheikh Rashid said that Nawaz Sharif buried his politics by clashing with the institutions, his statement is against the army, these people are helping the opponents of Pakistan, Nawaz Sharif and Maryam Nawaz are speak against institutions but it has ended their politics.

He said that Maulana Fazlur Rehman should conduct an investigation before making any allegation. Shabar Zaidi has denied the allegations.

Referring to the elections in Gilgit, the Railway Minister said that he had never seen a transparent election like Gilgit-Baltistan in his life. 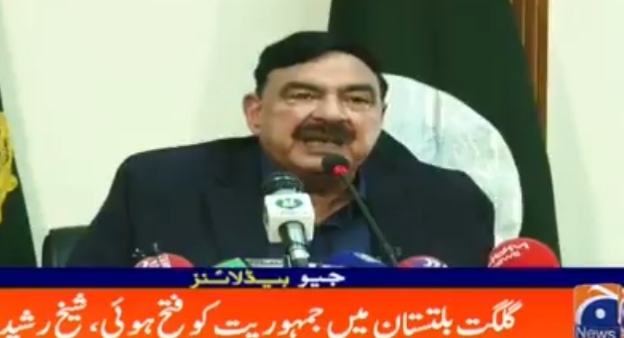