ISLAMABAD: Chief Justice of Pakistan Justice Gulzar Ahmed has expressed regret over the sexual abuse of a woman on the motorway and said that the incident was shameful.

Addressing a function on investment in Islamabad, Chief Justice Gulzar Ahmad said the government needs to wake up. The police have become politicized, as exemplified by the motorway abuse incident.

The Chief Justice said that it was a shame that there was no security system on the motorway. Providing speedy and cheap justice is the government’s primary duty. 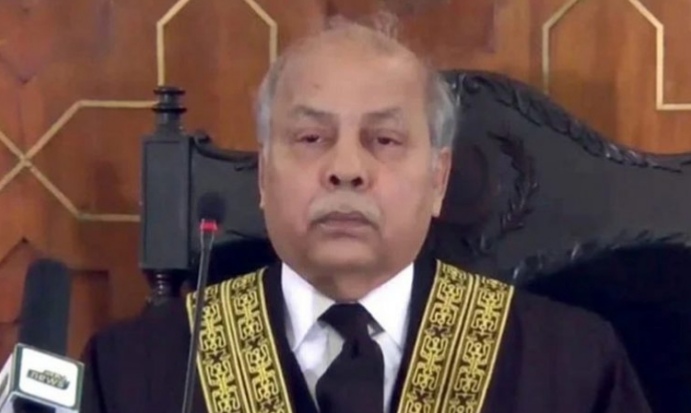 He said that better measures should be taken for the business and investment community. Pakistan’s economy is heavily dependent on investment. Hanging business cases in the courts creates problems.

The Chief Justice said that if any case related to business comes in court, it should be relesolved as top priority because a stable judiciary system brings in a better foreign investment. He said that judicial system needs to be improved for stable invsetment and nation.