Waqar -ul-Hassan, the named accused in the motorway case, he himself surrendered to the police.

Significant progress has been made in the case of rape of a woman near Gujjarpura on the Lahore-Sialkot Motorway.

Waqar al-Hassan, a nominee accused of raping a woman, has appeared before the CIA in Model Town and made his arrest, and CIA police are investigating Waqar al-Hassan.

Sources said that the accused Waqar ul Hassan appeared before the Model Town police due to pressure from his relatives.

According to sources, Waqar ul Hassan told the police that he had been a co-accused with Abid in other cases but he had nothing to do with the motorway abuse case. 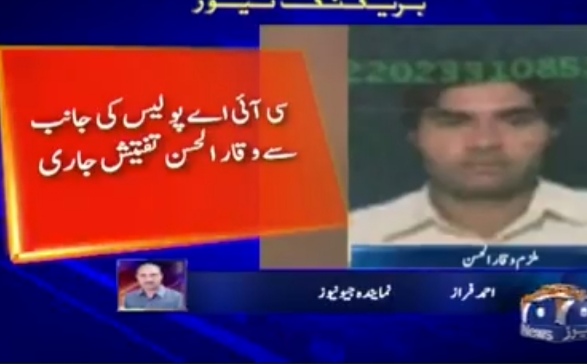 Sources said that Waqar Al-Hassan told the police that his brother in law Abbas used his phone, his brother Abbas was not only in contact with accused Abid but was involved with him in robberies. He further said that Abbas will soon surrender .

The DNA of accused Waqar ul Hassan will be done soon as per police spokesman.