The famous Manchester United footballer has refused to represent France over an anti-Islamic statement made by French President Emmanuel Macron.

According to several foreign media reports, Manchester United’s star footballer Paul Pogba’s decision not to represent France at the international level came after French President Macron’s statement on patronage of blasphemous sketches in honor of the Prophet Muhammad (PBUH).

A report published on an Arab website states that Paul Pogba’s decision not to play for France was made after the statement by President Macron to give the highest honor  to a teacher who was killed by a Muslim man for showing blasphemous sketches to students .

However, no statement has been issued by the French Football Association or Paul Pogba.

Paul Pogba, who made his international debut in 2013, was also part of the French team that won the 2018 World Cup in Russia. 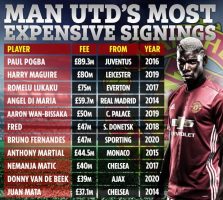 Manchester United bought Paul Pogba from Juventus in 2016 for a record 89.3 million euro.