Kashmiris are being martyred and also being declared terrorist by India, Shah Mehmood Qureshi

Foreign Minister Shah Mehmood Qureshi has said that India has cunningly declared Kashmir’s struggle for independence as terrorism. Kashmiris are being martyred and also they are being accused of terrorism.

Talking to media, he said that we have suppressed the Indian narrative at the global level, convinced the world and defeated Indian propaganda.

He said ” we are having strong defensive but we are economically weak, there can be no independent foreign policy with a weak economy,” .

He said that Pakistan has achieved a lot with the improvement and promotion of narrative. 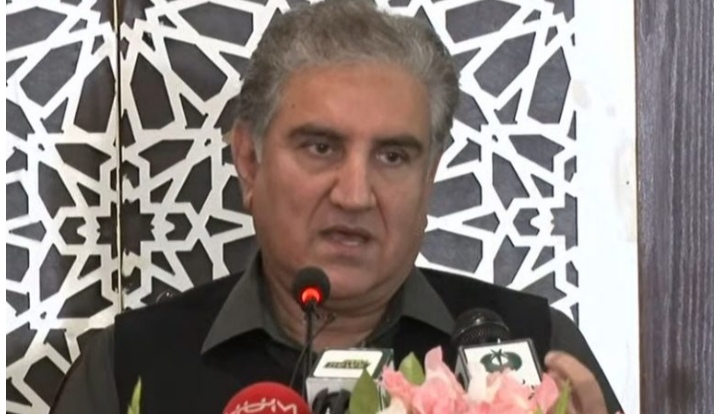 Shah Mehmood Qureshi said that Pakistan made a statement to defeat terrorism through the National Action Plan, we are now seen from the different point of view as we are resolving the Afghan issue, Pakistan also made its narrative accepted.

International community once believed Pakistan as questionable country but now we have earned respect through our continuous efforts . We talked of peace in world whereas India talked about war and indulged in wars.