Karachi: Four months after the marriage, the husband strangled his wife to death 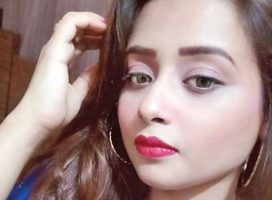 Karachi: Husband strangled his wife to death in Mahmoodabad area.

According to police, the incident took place in Mahmoodabad No. 5 area where the husband killed his wife Areeba but the husband and his friend have been arrested.

According to police, the victim’s husband had tried to paint the murder as suicide but evidence at the scene revealed that the woman had been killed.

Police said that the victim had a second marriage with the accused four months ago. The body of the victim has been shifted to the hospital for post-mortem examination and a case will be registered after receiving the medical report of the body.

The family of the slain Areeba while talking to the media said that an attempt has been made to paint the murder as suicide. Areeba’s husband informed that she is not feeling well.

He said that Shamshad Ahmed, the husband of the victim Areeba, was also married and used to drink alcohol. The parents of the victim demanded that we should be given justice.