Ambulances have difficulty reaching hospitals and emergencies in mountainous areas, and the world’s first jet suit paramedic service has been tested in the UK.

According to a foreign news agency, the world’s first jet suit paramedics service has recently been tested in the mountainous Lake District of the United Kingdom. 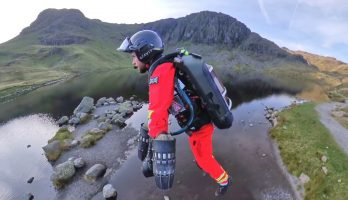 The company said the jet suit is capable of flying at a maximum speed of 85 meters per hour for 5 to 10 minutes.

The team experimenting with the service in the UK believes that this jet suit paramedics service is considered a major change for mountainous areas.

The team, which is experimenting with the Jet Suit Paramedic service, says that where it takes them 25 minutes to reach on foot, they can cover the distance in 90 seconds.

This flying emergency responder will check the patient’s condition as soon as he arrives and decide if he needs to be airlifted to the hospital.

An ambulance service in the UK's Lake District has tested a new jet suit that could help "save lives." https://t.co/EmilEi7IhX pic.twitter.com/KdvDJGH4wm