The Indian Army suffered a heavy defeat at the hands of China in the ongoing clashes in Ladakh, after which the Modi government remained silent on the Ladakh issue.

The Indian media is so distraught over the defeat in Ladakh that it has started making false statements attributing it to Chief of Army Staff General Qamar Javed Bajwa.

The statement on the visit of Army Chief General Qamar Javed Bajwa to the Line of Control is being distorted on Indian media. Despite this, users on the social networking site talked so much about the defeat in the Ladakh region that it became a top trend.

It may be recalled that India had also tried to play with the disputed area of ​​Ladakh after ending the special status of Kashmir this year, to which China retaliated and deployed more troops on the Sikkim border.

China has deployed another 5,000 troops along the Ladakh-Sikkim border, making it clear that India has tried to unilaterally change the status of the disputed area. 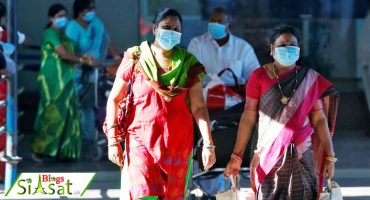