Liaquat was martyred as a result of unprovoked firing on the Line of Control (LOC) of the Indian Army.

According to the Pakistan Army Public Relations (ISPR), the Indian Army opened unprovoked fire on Pakistan Army posts and civilians in the Bedori sector.

The ISPR said that the Pakistan Army responded to the Indian firing in a full and effective manner and in retaliation, the enemy suffered heavy loss of life and property.

According to ISPR, Hawaldar Liaqat, who belonged to Chakwal district of Punjab, was martyred in an exchange of fire with the Indian Army. 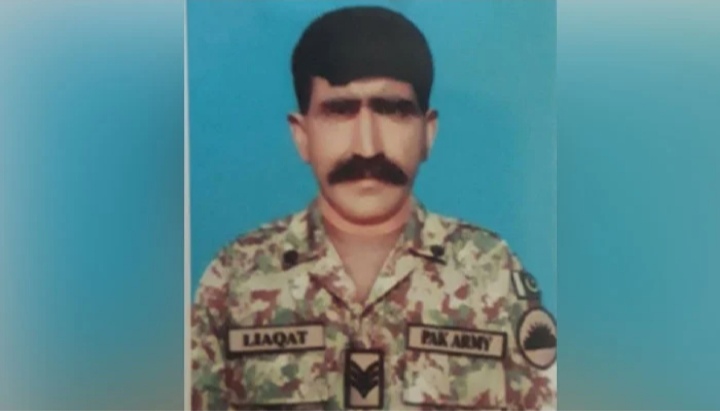 It is to be noted that violations of the ceasefire agreement on the LOC by the Indian Army have increased , many civilians are targetted on daily basis

Due to unprovoked firing on the civilian population, many civilians have embraced martyrdom including children and women.