The actor was disappointed with the deteriorating situation of theatre and TV due to Corona virus. He also participated in the press conference organized by theatre actors in which he was presented as PM Imran Khan. He gave hope to the actors being PM that things will be fine one day.

The actor passed away today , he suffered a heart attack . The Friends of the actor also reported that he was suffering from some financial problems and died eventually of cardiac arrest.

No theatre or TV show actor posted about the actors death. Actor and singer Mohsin Abbas haider and Veteran actor Mohsin Gillani posted the news of his death on their instagram posts. 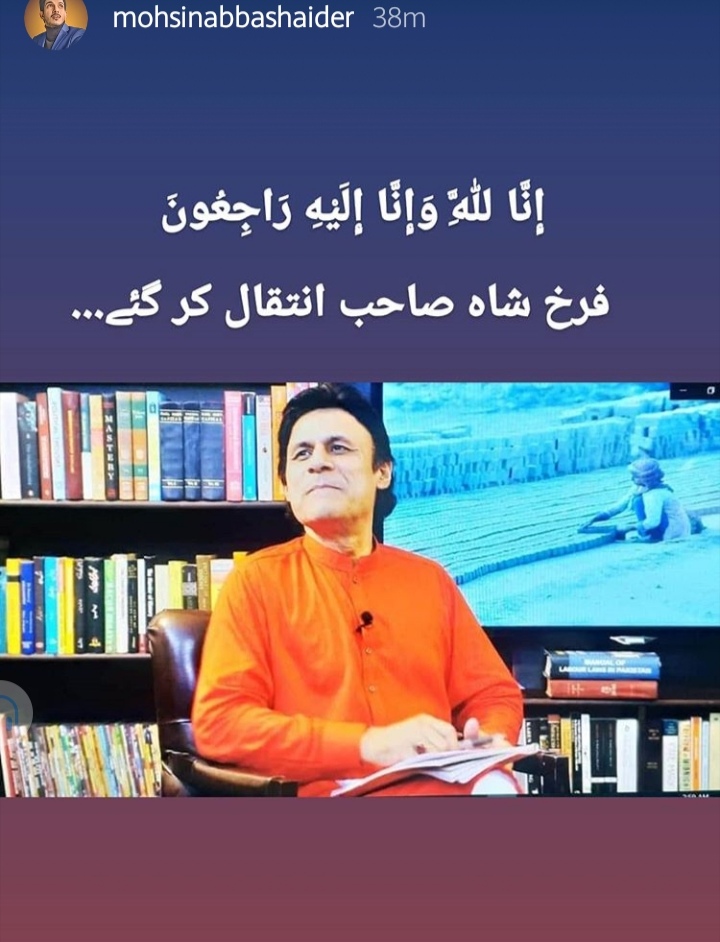 It is to be remembered that theatre and TV actor Ruby Anum was also admitted to the hospital due to cardiac arrest .