After 86 years, Friday prayers were offered at the famous Hagia Sophia Mosque in Istanbul, Turkey.

A large number of worshipers, including Turkish President Recep Tayyip Erdogan and other dignitaries, were present in the mosque for Friday prayers. 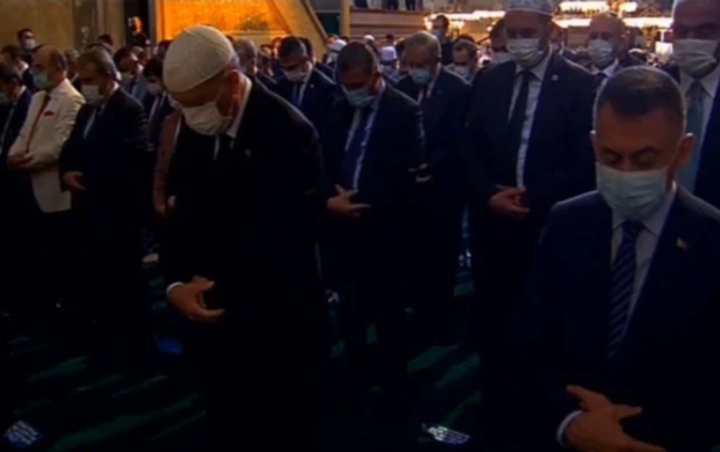 According to Turkish media, all the seats reserved for men and women were completely filled in the Hagia Sophia Mosque due to the rush of people for Friday prayers.

Media reported that administration had to stop people because the Mosque became jam-packed with people.