According to ISPR, issues of professional and mutual interest were discussed during the meeting.

According to the ISPR, Qatar airforce Commander praised Pakistan Army’s dedication and bravery and its role in the peace and stability in the region . 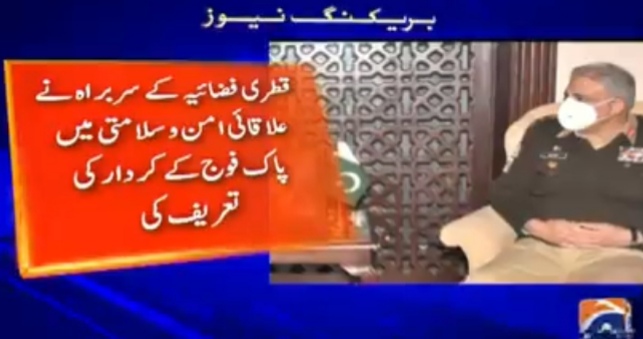