Fire broke out in Hafeez Center in Lahore

The fire has engulfed one of the big portion of Hafeez Center Plaza, the plaza is situated on Main Boulevard, in Gulberg Lahore. CM Usman Buzdar is taking constant reports from Commissioner Lahore Division and rescue officials. 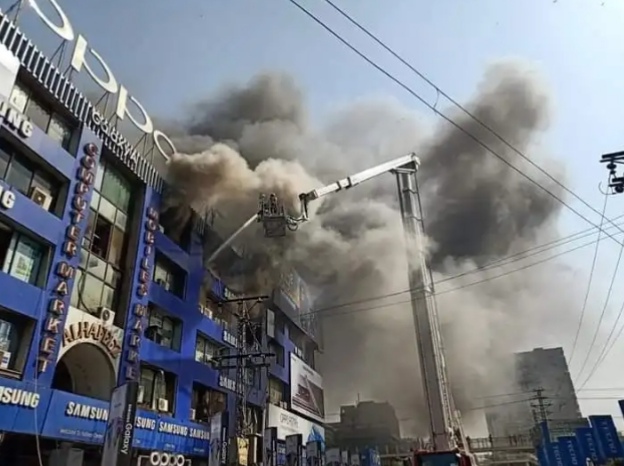 Fire brigade arrived soon after the fire broke out around 6:00 Am. However , according to firefighters it is difficult to say that when will the fire be extinguished.

Alot of electronics and gadgets worth millions of rupees have been destroyed in the fire incident .

Firefighters said that they cannot assess that how long it will take to suppress the fire, as it is increasing. Plastic and metal within the building and strong winds outside are making it difficult for firefighters.