ISLAMABAD: The Anti-Narcotics Force (ANF) in an operation in Peshawar seized drugs worth billions of rupees and arrested the accused.

According to sources, ANF intelligence seized drugs while acting on a tip-off in Kohat Road, Peshawar.

Sources said that 1722 kg of drugs were hidden in apple packets. 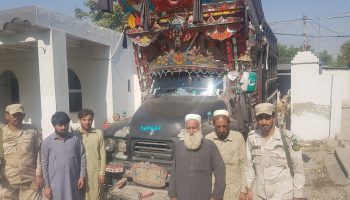 According to ANF sources, the value of drugs in the international market is Rs 1.5 billion.