Double riding of motorcycle banned for one month in Karachi.

Double riding on a motorcycle has been banned in Karachi for a month in view of the rising number of targeted killings and crimes.

A statement issued by the Additional IG on October 10 expressed concern that there were reports of miscreants disturbing the peace of the city and more recently, a statement issued by the Sindh government said. There have also been reports of hand grenade throwing, law enforcement officials and targeted killings of religious leaders in Karachi, so a request has been made to ban double riding on a motorcycle for a month. 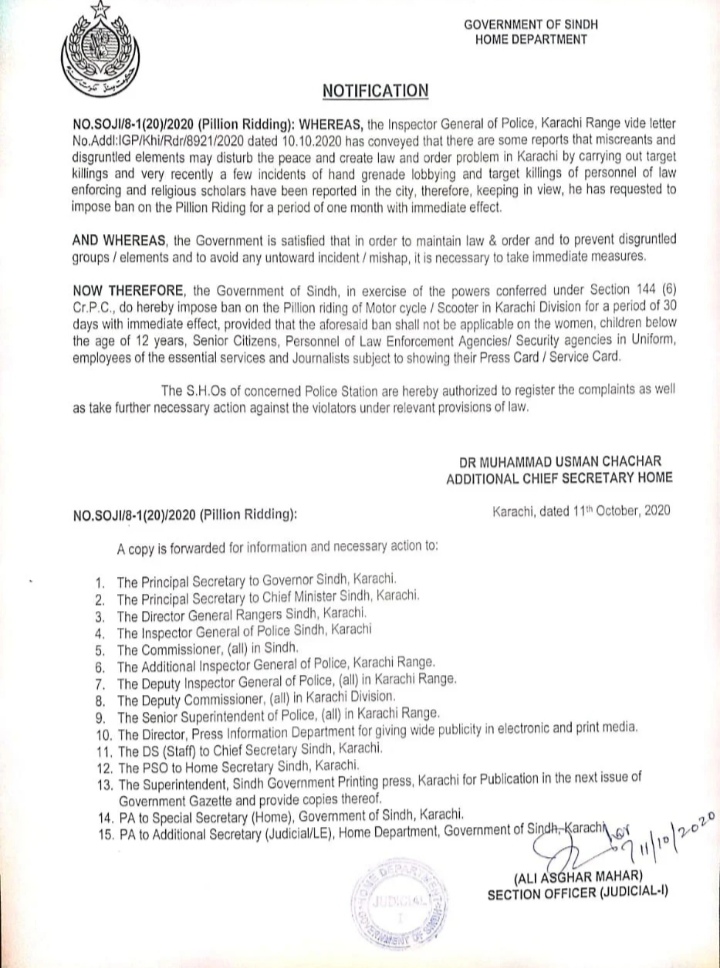 Notice has been issued by Additional Chief Secretary Sindh Home Department in which double bike riding is prohibited for a month in order to avoid crimes like snatching and target killings .

Women, senior citizen children and security personnels will be exempted from this ban. 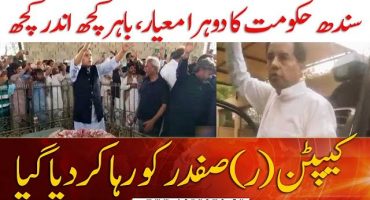