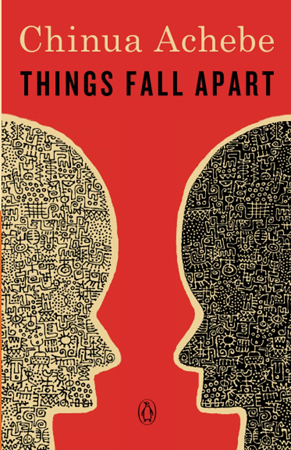 African writers have been portraying their culture, people and land in a befitting manner in their postcolonial fiction and Achebe’s Things Fall Apart is a unique text because it traces the process of White colonialism, the way it dominated the Igbo People’s land.

Achebe’s fiction is far more superior in its representation of his people and culture as compared to the South Asian writers. Achebe has portrayed, habits, foods, dresses, customs, socio-cultural traditions, governing system, and the cultivation details in such an elaborate day that one feels standing right in the middle of the Igbo people of Nigeria while going through the text of Things Fall Apart by Chinua Achebe.

While at the same time in 1940, Ahmed and Shahnawaz were portraying Indo-Pak subcontinent but in both of these postcolonial texts the richness of culture is not portrayed at its very roots as is done by Achebe. In fact, Achebe portrays the roots of rich Igbo culture by going to its very roots which begin in a collection of Nine villages called Umuofia and instead of introducing his novel with change brought by western education system, he delves deep in to the local ways and means which would make the life of these people not only colourful but also successful.

The novel opens with a wrestling match between Okonkwo, the protagonist and Amalinze, the cat in order to prove the prowess of Okonkwo as a powerful man and hence establishing the idea that this was a machine less simple agrarian society where muscles of man were necessary to access the fruits of success. A successful man like Okonkwo, would live with his wives in their respective Obis and in the harvesting and cultivating seasons all the family would work in the farms to grow Yams, which they called as the chief of all crops. The more the yams one grows, the more successful that person was counted.

The Igbo people had their own justice system for which all or at least the gentlemen of the villages would gather in a market place and the issues were solved through mutual consent and respect for each other. Sometime the advice was sought from the villager elders called egwugwu. Okonkwo was exiled for Seven years when he accidentally hit a man and the village justice system implemented his exile to his mother’s village. They also tried to keep peace maintained and avoided killing and blood shedding. For example, when a woman of Umuofia tribe is murdered by the Mbano people, they get indemnity, instead of going to war with them.

The novel opens with a wrestling match between Okonkwo, the protagonist and Amalinze, the cat in order to prove the prowess of Okonkwo as a powerful man and hence establishing the idea that this was a machine less simple agrarian where muscles of a man were necessary to access the fruits of success

Achebe narrates some of the interesting details of Igbo culture. For example, the Igbo people normally did not come outside during the dark night but would play out in the moonlit nights. They loved eating Locusts and whenever Locusts visited their villages, they would gather locusts in buckets and would roast them in Palm oil and ate with much relish. Not only this, they used Cola nuts and palm wine also and Fufu made out of Yam was a delicious and ceremonial dish. Not only foods but story telling was the usual pastime of the Igbo people. Achebe narrates two stories: one that of the mosquito and second that of tortoise.

Religion was a very strong controlling power among the Igbo people. It is because of religion that the sacred days are fixed when no one will commit any crime, and respect for the oracle was maintained at every cost. But equally, Ikemefuna is killed only in the name of the religion. Chi is a personal god which everyone has and number of things are associated with the happiness and sadness of one’s Chi. Mostly the marketing was done on barter system. However, Cowries were also used as currency. Achebe describes the marriage ceremonies in detail which is itself a colourful depiction of social life of Igbo people.

These emotionally and psychologically attached people and their culture could not maintain its integrity against the onslaught of white man’s intervention into this ancient world. Though Okonkwo and some of his companions tried to resist the colonization of their territory rather violently, but because of lack of machine and technology, the indigenous people could not withstand the white man and very soon not only Umuofia and associated areas are occupied but also Okonkwo dies a miserable death, especially when his own on Nwoye changed his religion for Christianity.

Achebe’s ‘Things Fall Apart’ is the best novel in the postcolonial context because here, the process of colonization has been discussed in detail and one can see step by step, as to how did the process of colonialism work. The novel is divided into two parts. The first part is full of richness of Igbo culture and second part traces the trajectory of gradual colonial occupation and replacement of indigenous life style and culture. Achebe’s novel is a wonderful portrayal of intervention of the colonial master and the resistance offered by the indigenous people, as well as the portrayal of the indigenous culture while Ekwefi and Ezinma provide aspect of beauty and romance.

The writer is a professor of English at Government Emerson University, Multan. He can be reached at [email protected] and Tweets at @Profzee