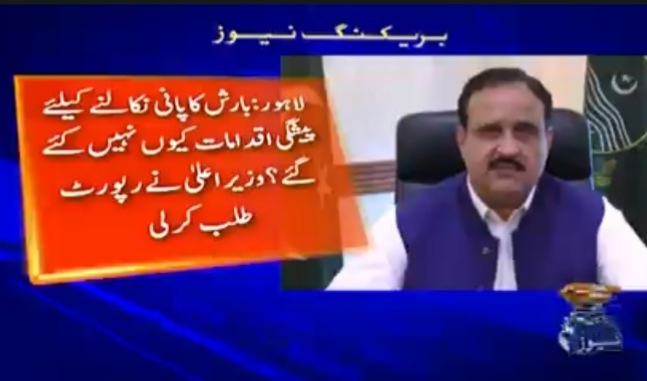 The Punjab Chief Minister called for a report on non-taking of precautionary measures for drainage of rain water and also ordered immediate drainage of WASA officials.

Usman Bazdar said that the residents are facing difficulties due to stagnant rain water and the ignorance of the concerned authorities is regrettable.

He said that no compromise would be made on cleanliness and no complaints would come from anywhere.