Ruby Jesiah Mesu from the Netherlands was a Christian before she converted to Islam and started reading about Islam some time ago.

Inspired by Islamic teachings, Ruby Jesiah Mesu formally converted to Islam in the presence of witnesses in a mosque in the Netherlands.

The kickboxer’s move is being hailed by Muslim communities around the world as a way to convert to Islam.

In 2016, the lady boxer also had a dangerous accident in which her neck bone was broken for which she had undergone a big surgery .

The lady boxer’s picture in hijab , also got viral on social media. 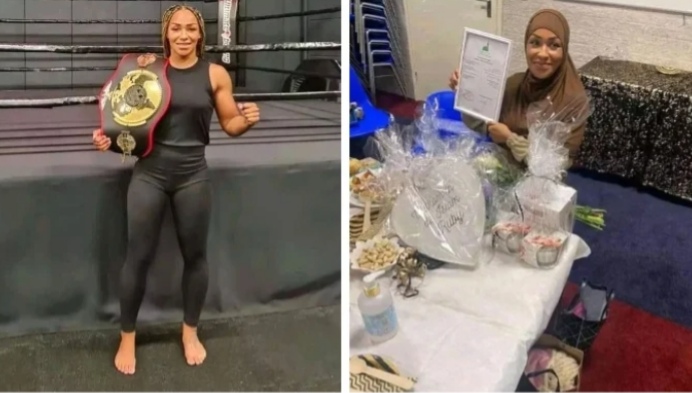