Now, there are the rumors making rounds that Bakhwar Bhutto Zardari is going to wear her mother’s wedding dress which will be recreated again by Resham Revaj, from where it was originally made.

The social media page of Resham Revaj announced that they will be recreating Bakhtawar Bhutto Zardari’s Nikkah dress, which was of green and pink colour.

Well, we hope that the dress would look absolutely beautiful on Bakhtawar Bhutto. 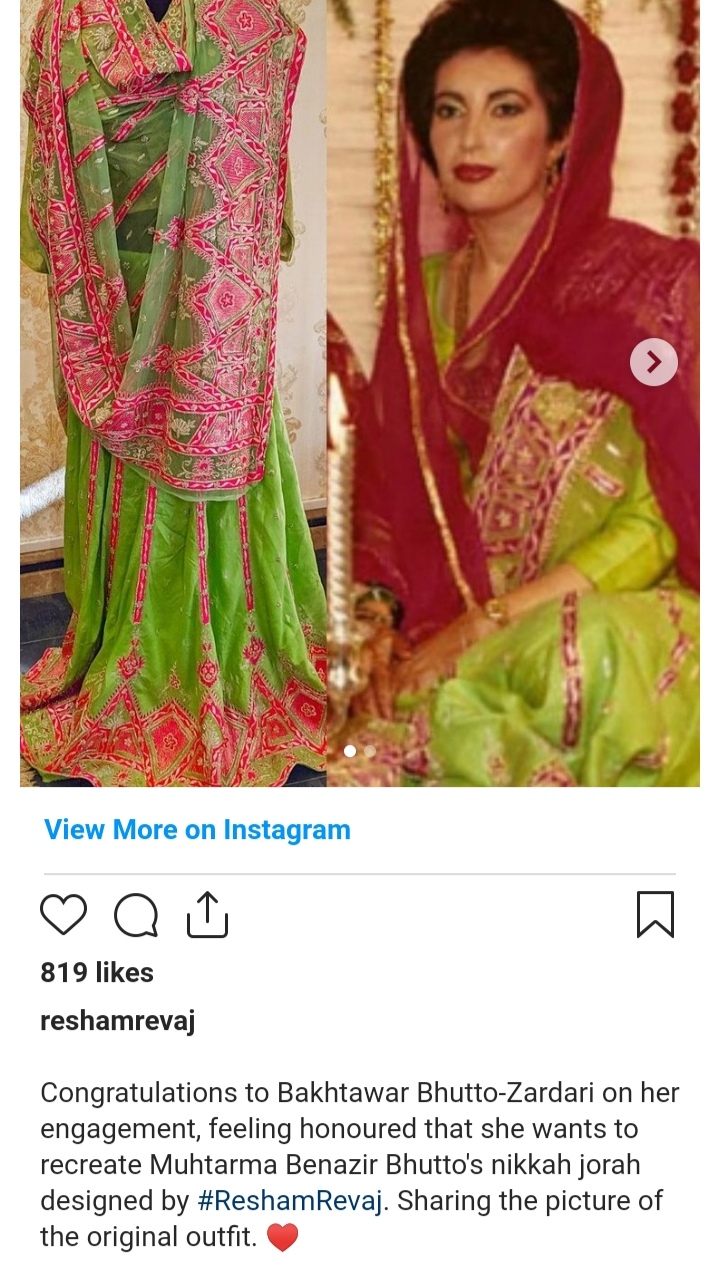 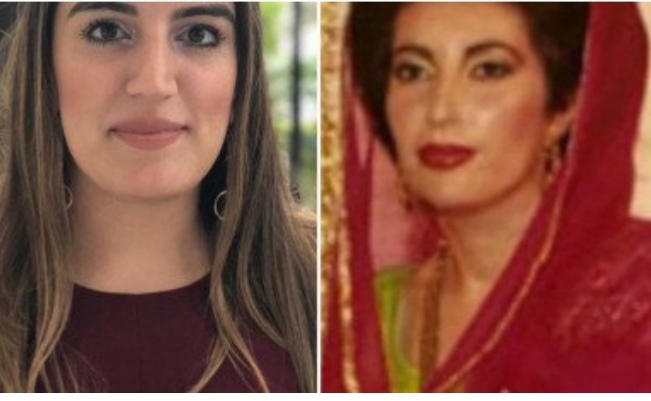