According to police, NATO vehicles had entered Pakistan from Afghanistan through Torkham border yesterday and were being transferred to Karachi port. 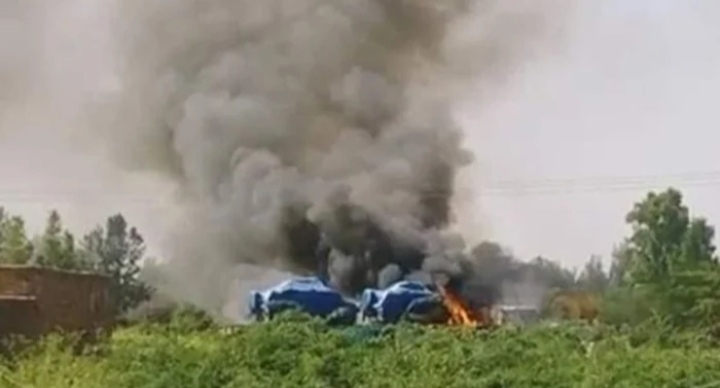 Police said that four NATO vehicles and two trailers were burnt in the fire. The accused fled after the incident. A case has been registered against unknown accused in Bara police station and investigation has been started.