The dispute between government officials at Civic Center Karachi turned into a bloody clash, with shots being fired at each other, Deputy Director Land, Gulistan Johar Wasim Usmani and Assistant Director Wasim Raza killed in the meeting, while Assistant Director Abdul Hafeez was rushed to hospital with injuries.

Was it some dispute over money lane or land allotment,it is yet to be investigated. Police arrested Office Superintendent Imran Shah and started investigations. Weapons used in the firing were also sent for forensics. 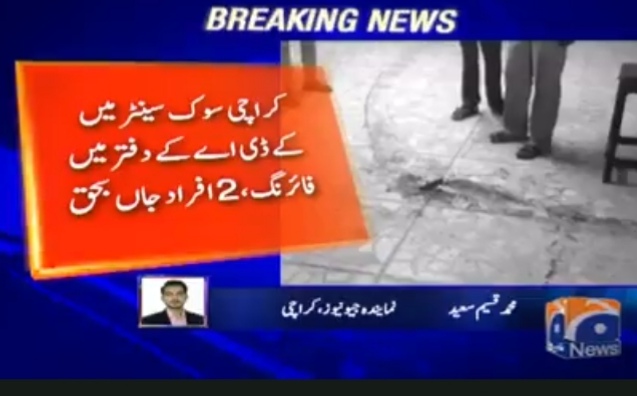 Disputes at the Civic Center in Karachi are usually over two issues: money or land and the dispute on the third floor of the KDA Land Department on Tuesday will became so big that it caused firing and killed two officers.

Who opened the fire and what was the matter it is being investigated by police.